Heroin Addiction and Treatment in Fresno

Heroin is often the last opioid drug that an individual develops an addiction to. Many people become addicted to heroin after first using prescription opioids, like Percocet or OxyContin, often for legitimate reasons. When their prescriptions run out and they are no longer able to get opioid painkillers from their doctors, they turn to the cheaper and stronger option – heroin. Once someone switches to heroin, they almost never switch back to prescription opioids.

The abuse potential of heroin is very high. Tolerance is quickly developed, and users need to use more and more of the drug to achieve the same highs. Heroin is very accessible and it’s cheap, which makes it an appealing choice for people who are addicted to opioids. When people become addicted to heroin, the drug becomes their only focus – the center of their lives. The things that they used to love and enjoy (including the loved ones in their lives) become unimportant. They often feel like they cannot escape from the drug. But there is hope, and people can recover from heroin addiction and rebuild their lives with the proper heroin addiction treatment.

How Does Heroin Affect the Body?

Once heroin enters the brain, the drug is changed into morphine that binds to opioid receptors. Users of heroin typically experience a rush of euphoria. At the same time, there is usually a warm, flushing of the skin and dry mouth. Arms and legs usually have a heavy feeling, and nausea, vomiting, and extreme itchiness may also occur.

The initial effects will wear off quickly and then the user will be drowsy and may sleep for several hours. They will likely have cloudy or confused mental functioning and breathing is also extremely slow – sometimes slow enough to cause a life-threatening situation. A depressed respiratory system can cause someone to go into a coma, as well as permanent brain damage.

The long-term effects of continued heroin use can be even more severe. Over time, when heroin use is repeated, the brain actually changes physically and physiologically. It can cause brain damage that is irreversible. Heroin use can cause the brain’s white matter to deteriorate, which will affect the individual’s decision-making ability, behavior-regulating ability, and the ability to respond appropriately in times of stress.

Another effect of repeated heroin use is increased tolerance to the drug. As a user’s tolerance increases, they are likely to continue to raise the doses they are using. Physical dependence will soon follow. Once that happens, the individual will experience withdrawal symptoms if use is abruptly stopped. Withdrawal from heroin can range from flu-like symptoms to much more severe symptoms.

What Are the Symptoms of Heroin Withdrawal?

Withdrawal from heroin can start within just a few hours of an individual’s last use. The symptoms may include muscle and bone pain, insomnia, restlessness, vomiting, diarrhea, cold sweats, and involuntary leg movements. The most intense withdrawal symptoms usually peak between 24–48 hours after the last dose of heroin. They usually subside after a week or so. However, some individuals report having persistent withdrawal signs for several weeks or even months.

Finally, continued heroin use often results addiction, also called heroin use disorder. Heroin addiction is a chronic relapsing disease that is far more than just physical dependence. Because heroin is so addictive, no matter how a person uses it, there is an extremely high risk of addiction. Once heroin addiction sets in, using and seeking the drug becomes a person’s primary purpose in life.

While heroin addiction can be devastating for the addict as well as his or her family and friends. It’s a disease that changes the individual and the brain. However, there is hope – addiction can be overcome with the proper treatment.

Heroin addiction almost always requires professional treatment for a person to stop using and maintain long-term recovery. That is typically done by attending a heroin addiction treatment center for inpatient rehab that starts with a detoxification program.

If you or a loved one is suffering from heroin addiction, then My Time Recovery can help you. We know that inpatient treatment can be difficult because you are away from your friends and family. But this crucial time away from your old life allows you to be in a safe, structured environment, away from drugs and triggers. You will receive education, therapy, and support that provides you with all the tools you need to live a happy and fulfilling life of recovery. 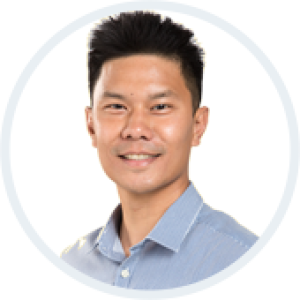 PrevPreviousWhy You Should Enter a Residential Treatment Center
NextWhat Are the Dangers Associated with Opioids?Next